The Whiskey Charmers is a Detroit-based Americana band led by Carrie Shepard and Lawrence Daversa. This past March, they released their debut self-produced, self-titled album which has been receiving airplay and excellent reviews in the U.S. and abroad. Their album has recently been nominated for a Detroit Music Award for Outstanding Americana Recording and they have been listed as one of the 15 best new bands in Detroit by the Detroit Metro Times. Vickye Fisher of For the Country Record says of their debut album, “If you were wondering where the roots and grit of country music had gone, you’ll find it in this album. There is a fulfilling darkness and aching quality about this record that falls in line with the genre at its best”. 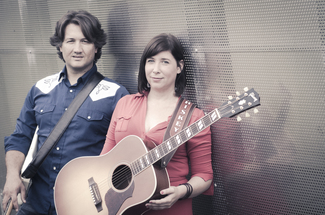