Levi Britton is an indie/folk/rock artist who hails from Traverse City, MI. Growing up around music sparked his drive to make it his profession. At age 20 Levi moved to Chicago, playing down in the subways, Potbelly restaurants, and any gig he could find. Eventually Britton co-founded his band, Down the Line that went on to release 5 albums, and toured the country for ten years with artists such as The Gin Blossoms, Pat Benatar, Peter Frampton, America, Keith Anderson, Lighthouse, and others.

In addition to playing with Stolen Silver, 2014 launched Levi’s solo career at a whole new level. After years of fans clamoring for a solo project, Levi hit the studio to record all new, original music. His first solo record, “Inside” was just released in mid-2015. 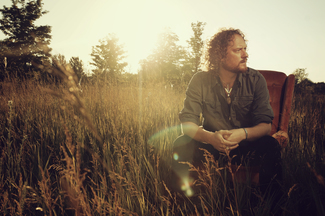