You may know that the Dutch were a world power during the Golden Age in the 17th century. Did you know that windmills powered their empire and allowed it to flourish? Join us on February 9 to learn how a wide variety of industrial windmills enabled a small nation to become a world superpower for over a century. We’ll get much of the story from Part 2 of the award-winning Dutch documentary ‘The Story of Dutch Windmills’. 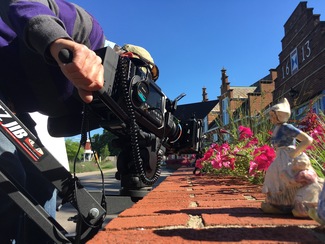