"Vanya and Sonia and Masha and Spike"

Tony Award Winner for Best Play of 2013, this uproarious comedy tells the tale of Vanya and Sonia, two siblings quietly living out their twilight years in the Pennsylvania farmhouse where they grew up. When their movie-star sister Masha shows up with her sexy boy-toy, Spike, the weekend soon becomes rife with rivalry, regret and a bit of ribaldry thrown in, for good measure. Enjoy this comic romp as it questions our ability to age gracefully in the era of smart-phones, selfies and social media. 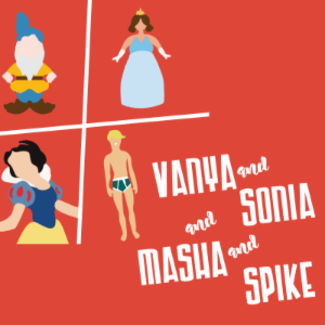