The film is based on the real-life story of Nise de Silveira (Gloria Pires), and focuses on her work in the 1940s at a Rio de Janeiro psychiatric hospital where she overcame prejudices against her as a woman to demand and develop humane ways of dealing with the mentally ill.

$7 for regular admission and $6 for senior citizens, Hope College faculty and children 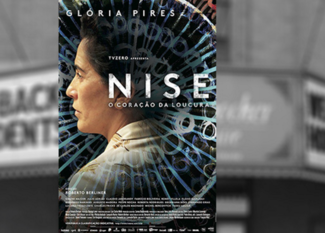