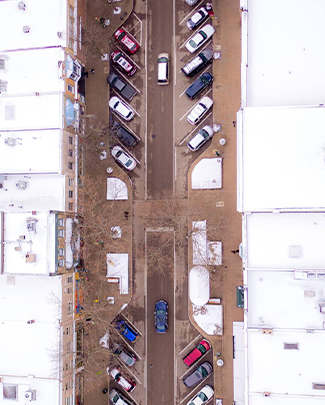 Since 1988, residents and visitors have enjoyed snow-free streets and sidewalks in Downtown Holland throughout the winter season. Thanks to the Holland BPW snowmelt system, waste heat from power generation is captured to heat water, which is circulated through miles of tubing laid underneath the pavement and sidewalks, back to the Holland BPW power plant. The system can melt about one inch of snow per hour at 15-20 degrees F.

As a much appreciated innovation, the snowmelt systems has been expanded several times to include the market area at the Civic Center, the sidewalks to Herrick District Library and the ramps to the parking deck on 7th St. In total, the snowmelt system today provides almost 5 miles of heated sidewalks and streets making it the largest publically-owned snowmelt system in the country!

Photo Courtesy of the City of Holland, aerial view of 8th Street in Downtown Holland.